Magazine > Dancing In A Secret Garden By The Luxury Channel

Dancing In A Secret Garden By The Luxury Channel

It is exactly 20 years since Boodles created the renowned Raindance ring, and 10 since the V&A Museum’s jewellery curator chose the classic ring, complete with nine brilliant cut diamonds, as an icon of British jewellery design to showcase in their permanent exhibition.

The original ring — set in platinum — was inspired by a trip to the Chelsea Flower Show one unusually wet summer’s day. Boodles Head of Design, Rebecca Hawkins, noticed the way light played on the raindrops as they slid down on marble, and was inspired to try to capture their magic. Its scattered design — dynamic yet delicate — reflects light from every angle, with diamonds reminiscent of raindrops glistening in the sun.

The Raindance Ring by Boodles

To celebrate the anniversary, Boodles has revealed the Raindance ring set in platinum, with rare fancy pink and white diamonds. The total weight of the white diamonds is 2.32 carats while the pink diamonds weigh a quarter of a carat – and (naturally) match the jewellery house’s signature shade of Boodles Pink.

The house has also announced its partnership with the new film adaptation of The Secret Garden, based on the timeless best-selling novel by Frances Hodgson Burnett.

Published in 1911, the book tells the story of Mary Lennox, a British girl orphaned in India following an outbreak of cholera. Moving to Yorkshire and the care of her uncle, Archibald Craven — played in the new film by Colin Firth — Mary discovers a magical secret garden. The film also stars Dame Julie Walters as housekeeper Mrs. Medlock.

“So many of our customers know and love the story [of The Secret Garden], having grown up with it themselves and in many cases introduced it to their own children,” explains Boodles Director, James Amos. “When we were approached by STUDIOCANAL and Heydey films, we knew at once that this re-telling would provide a wealth of inspiration for our designers.” 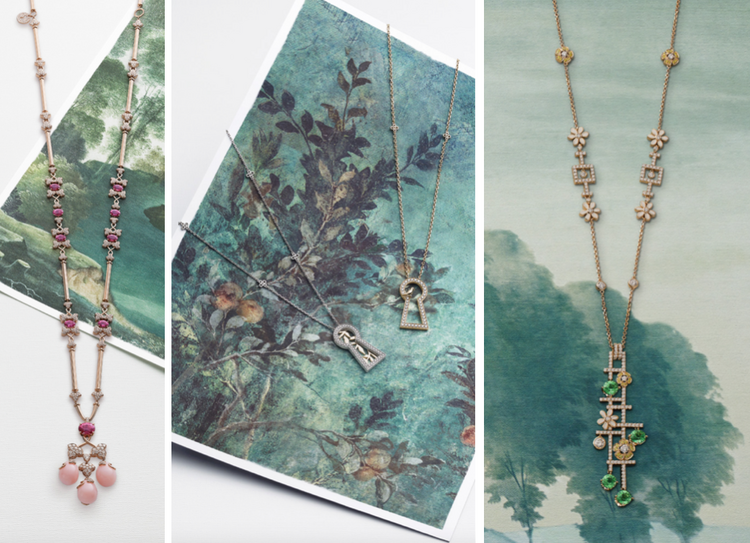 Rebecca Hawkins, who came up with the concept for the Raindance ring, agrees. “After reading the fabulous screenplay, and seeing what the producers had in mind for the set and costume design, we had no shortage of ideas for new pieces. There are so many themes to explore: secrets, transformation, fresh beginnings – and of course, nature itself.”

Thus, after two years of careful work, The Secret Garden collection was born, comprising of 40 pieces that echo many key moments from the film. In addition to the main collection, a simple charm bracelet inspired by the lock motif has been created, with all profits from its sales being donated to the NSPCC. 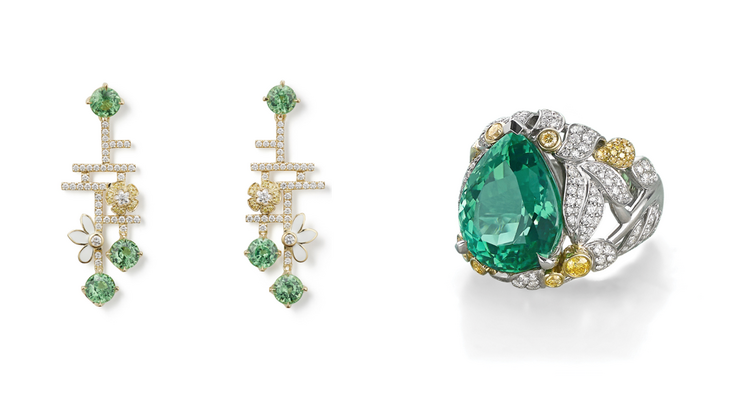 For more information, go to www.boodles.com.

Highlights of the Week

The Ritz – The Best Sunday Lunch In London By Roz Kempner

One to Watch By The Luxury Channel

Courvoisier – The Toast of Paris By Harriet O'Grady

Escape, explore and discover our online magazine where you will find up-to-the-minute articles, news and trends on the most sophisticated and smartest goings-on in the world of luxury. We hope you enjoy the fascinating people and stories that can be found here on The Luxury Channel.

Copyright © The Luxury Channel . All rights reserved. | Terms of Use